This is a food site so hopefully you like (or at least don't mind) cookies. They help me build a better site. Thanks!

Moroccan fish tagine with preserved lemons sounds so exotic and seems like it must be hard to make… It is rich and delicious but it’s also so easy!

This recipe called for cod fish though red snapper, haddock or other fish types can be used instead, as long as the fillets are thick enough. It really was easy and, combined with the homemade chermoula cilantro mixture, green olives, canned diced tomatoes and vegetables (carrots, green bell peppers and onions), made it a very special meal. 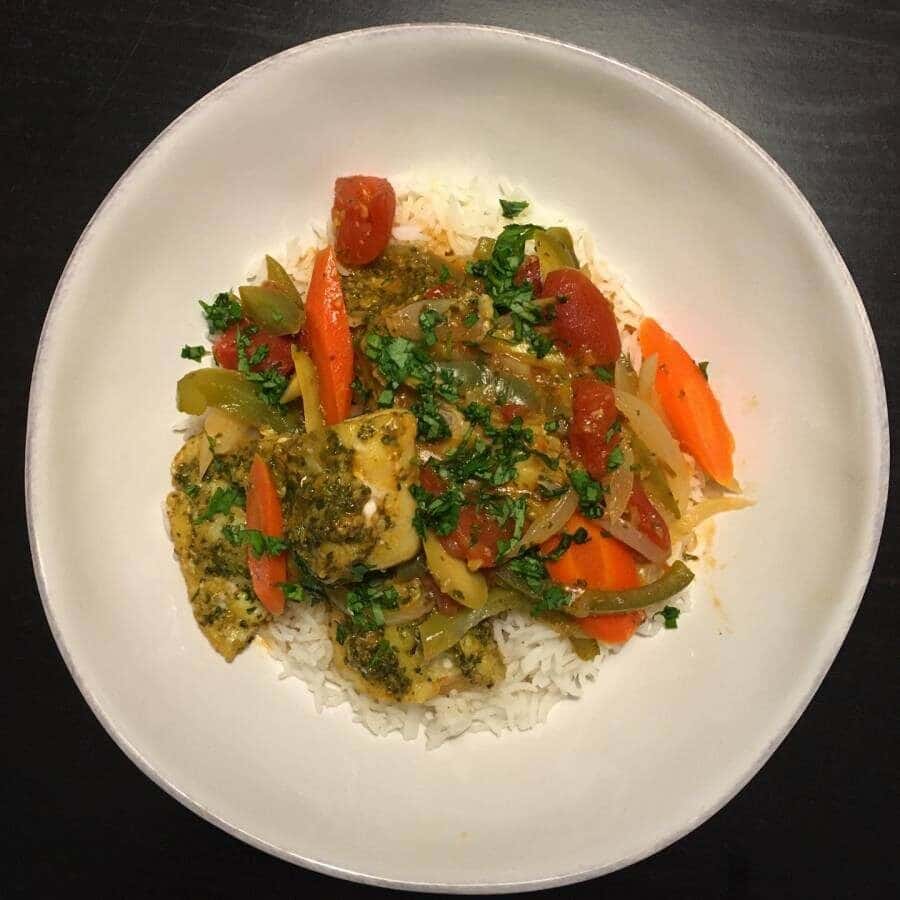 Tagine refers to a type of cooking-pot and the style of cooking dates back to the first century Persian empire, and is common throughout the Middle East and Africa. The cone-shaped lid of the tajine pot traps steam and returns liquid to the stew, which makes it popular in areas where potable or public water is in short supply.

Many varieties of tagine dish are popular today. A common search is for a Yotam Ottolenghi fish tagine recipe but the UK chef does not actually have a tagine dish. I prefer the America’s Test Kitchen recipe I came across recently. 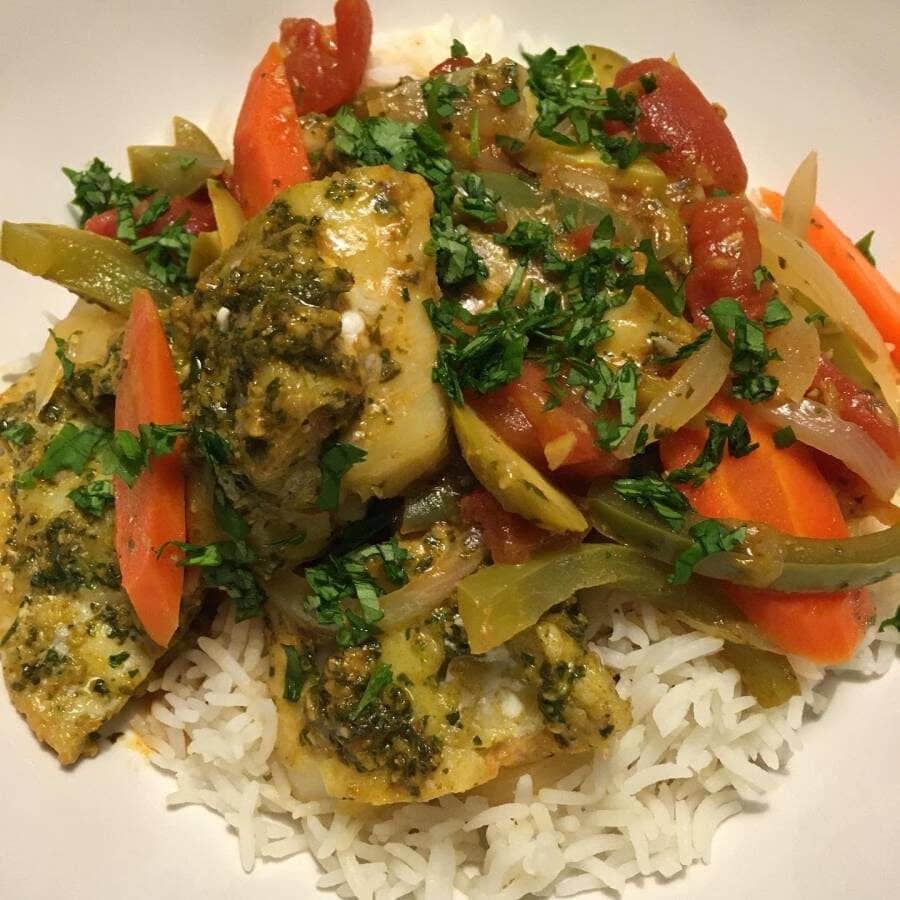 Moroccan tagines are typically savory and slow-cooked stews. They might feature sliced meat, poultry or fish together with vegetables or fruit (though tagines can be vegetarian also). But the highlight is the intense mix of spices including ginger, cumin, turmeric, paprika, chili and more.

This fish tagine was really next level. The preserved lemon and chermoula lifted up the otherwise ordinary fish and vegetables and turned them into something extraordinary. I must say that the taste of Moroccan fish tagine was amazing, but was also one of the most easy and flavorful fish dishes I’ve ever tried.